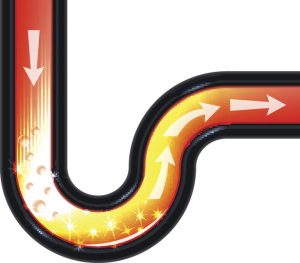 The first two months of a new year bring the realization that you actually have to do something about any resolutions you made. Even if you didn’t make any resolutions, this is the time when you want to plan improvements for your house and put everything in order in the wake of another busy end to another year.

This brings us to … the garbage disposal. An unfortunately named device that shouldn’t ever have garbage in it. (Ask any plumber and they’ll tell you they wish it were named something else. In Canada, they’re called garburators, which a bit better but still too close to garbage.) You may experience a garbage disposal that doesn’t smell too good. Sending off rotten, unpleasant smells. Sometimes it means the garbage disposal needs cleaning, or even a replacement. But it might not be the disposal—it could mean you need Hamilton, OH drain cleaning service.

If the odors from the disposal smell like rotting food, it probably indicates you should clean the disposal. This doesn’t mean sticking your hand into the hopper with a sponge or cloth! The best way to clean it is to pour vinegar and baking soda down the disposal and then run it while letting cold water flow down into it. For extra deodorizing power, slices of lemon are also effective.

You may simply have an old disposal that has caught too much food inside it because it can’t grind the way it used to. Call one of our plumbers to check on it and see if you should have it replaced. That’s a great way to start fresh for the year.

Are the smells from the disposal the kind you associate with a sewer? Then you’ve got something else wrong with the plumbing that doesn’t have anything to do with the disposal.

A busted sewer line or blocked drain vents need professional plumbers right away. The more common clogging problem is something professionals can handle with drain cleaning. We recommend drain cleaning as a preventive measure each year—so if you’re experiencing a smelly disposal (or any other drain), arrange for that yearly plumbing right now. We’ll do a thorough job that will not only eliminate the terrible odors, but it makes the plumbing healthier in general. Drain cleaning helps to keep future clogs from happening, giving you few worries for the year.